No relief coming from Brazil – Lisbon 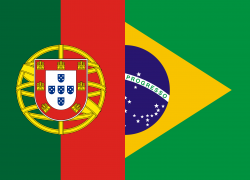 According to the Associate Press (AP) Silva said that “even though Portugal is on the verge of financial collapse it should refuse assistance from the European bailout fund and the International Monetary Fund because that would only increase austerity measures and reduce growth. “

Brazil would not provide relief to Portugal massive debts either – the Portuguese were hoping for.  When asked Thursday, Brazil financing minister, Guido Mantega, said “I don’t believe so.”

Yet, speaking to Lisbon based Diário Económio, earlier this week, Brazilian President Dilma Rousseff  had said, “We’re studying the best way to participate in the process of Portugal’s economic recovery … One of the possibilities is to buy part of the Portuguese sovereign debt. We’re also considering other alternatives, such as the early buyback of Brazilian instruments in the hands of the Portuguese government.”

On Wednesday, President Rousseff  returned unexpectedly to Brazil  before meeting with President Cavaco Silva and outgoing Prime Minister José Socrates, as planned, due to the sudden death of José Alencar Brazil’s former Vice-president.

Portugal has already enacted pay cuts and tax hikes that lowered living standards and have triggered a wave of demonstrations and strikes, including a Lisbon subway strike Tuesday.