No one asked for my opinion 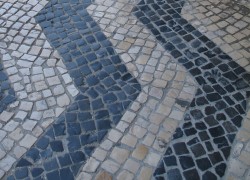 ♦ But there are plenty of opinions around offering (for a high fee) solutions to the current Portuguese crisis. “Oh, yes,” they reply, “It’s bad everywhere.”

But I’m not everywhere else, I am here in Portugal! That’s the first hurdle to pass, evasive relativisms, and defensive nationalisms. Somewhere along the way discarded patriotism litters the streets.

If it’s already not self-evident, the truth often emanates from the mouths of TV, radio and media commentators, ex-ministers, the so-called barons, figures, and personalities, most highly remunerated for the pearls of wisdom they proffer and sell.

Their “solutions” to the current problems often appear when the authors occupy no position of crucial responsibility, are not restricted by what is called here “party militancy” or strict party-line voting, and where their current position will not be threatened by their “opinions.”

If they happened to have been a previous minister, members of parliament, entrepreneurs or blueblood, they may have expressed an opinion at some time in the past. They certainly will be consulted. They even may have changed views over the years. “Oh, no, we have not changed, you simply never understood us.”

At this moment it is open game on Cavaco Silva, the President of the Republic. He also claims frequently that he has been misunderstood and misquoted while political parties, unions, citizens and journalists call his attention. He is beginning to lose credibility.

When any of the above speaks, we can already anticipate what they are going to say. Their discourse is always the same according to their point of departure; they have not evolved, emended, matured or rectified. And as the Spanish proverb says, “habló el buey y dijo mu” [the ox spoke and said moo]. Well, what else would you expect them to say!

This is called cliché, a term normally misused and misunderstood. It derives from the printing process, and has to do with the sound made when making a printing plate or, in other words, a stereotype, a copy. In the easiest analogy, their views are like a slide, such as the type we slip into the projector of our latest vacation, always the same subject-matter and colors.

Newly-selected MPs and ministers occupy center-stage in this situation. At the outset, they are rather timid about assuming positions. But, after they have had their wardrobe overhauled, faces lifted, hair styled, and grown accustomed to being chauffeured around in shiny new black state-of-the art vehicles and learned how to put on a serious face and walk with hands joined behind them, then — almost overnight — they too become outspoken experts on almost any subject which they had never come into contact with in their daily life or university training.

But, no fear, their generously paid staffers will have prepared dossiers for their instant and authoritarian responses to the press and general public. In the military in the US we used to call these people “90-day wonders.”

Even the greatest of all jazzmen, Miles Davis, in his auto-biography full of four-letter words (which I would have liked to use here) frequently played concerts in the White House for the President and visiting dignitaries from all over the world. He was astounded with their general ignorance of cultural and worldly matters – “dey cud av red a buk or sumpin” (in my pidgin English). So, pace Portuguese relativists, things are bad everywhere!

So, the opinion-makers and opinion-spreaders never err and are always right, from top to bottom. We begin with the President of the Republic, who has stated and re-stated that he is always right.

We work our way down the totem pole and pecking order to the lowly man-in-the-street, unfortunately, who seems not even to be heard in street demonstrations, union declarations, and direito de antena brief statements on TV, if their group or association has enough membership to merit that exposure.

And now matters begin to turn serious. I have been joking with you up until now (haven’t I?) piadas de mau gosto [jokes in bad taste], you could say.

But no, I am deadly serious as I have been in the previous articles I have written for the PAJ.

An historic event occurred on the 25th of April 1974, which raised many expectations, and promises in the Constitution. Grandiose Articles delineating the primary role and place of the People, similar in content and expression to the very Constitution and Bill of Rights of the United States of America. Again, I will use a Spanish proverb that says, “entre el dicho y el hecho hay un gran trecho” [between that which is said and that which is done there is a large divide].

Social critic António Barreto, as reported by commentator Baptista-Bastos, deals with this issue in depth. I demure to their expertise, and admit that I am not an expert like them, and promise to bring up their newspaper article in the future. The former is one of Portugal´s foremost sociologists and previously occupied many government positions; the latter is considered to be one of Portugal´s best prose writers and prominent journalist. I am interested in the pertinent observations they make about the current crisis.

Nevertheless…and in spite of the 25th of April, there is an ever-widening gap between the haves and the have-nots just now as I speak. A fully developed middle-class, self conscious and ambitious to assume its own identity, whether or not to call it a bourgeoisie, is not yet in place, and doesn’t have a voice of their own. In fact, it is the most-ignored class, and the most to suffer under the terms of austerity. This is extremely serious as they would be the backbone of the country as a whole.

You need only review Portuguese history, as I have done and do continuously, to find — surely to your disappointment or even surprise — that the common man, almost without exception, was rarely given a fair shake, consulted, praised, promoted and taken seriously. They were ignored historically; they had no status in society. While there has been some evolution since the 25th of April, relatively speaking, they occupy the same position in society, in new trappings, very little substantial has changed.

As the Black American writer, James Baldwin, titled one of his books, “No one Knows my Name”, I would characterize the average citizen in Portugal today, and hope that they would be asked more seriously and without piada, nor condescension, for their opinion.