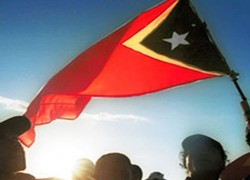 In a prepared statement, dated December 15, 2014, the East Timor and Indonesia Action Network (ETAN), a human rights watch group based in the United States, alerts the international community to recent events in East-Timor (Timor-Leste) that are hostile to democracy and undermines the rule of law in the former Portuguese colony.

Established in 1991, ETAN is a nonprofit US organization supporting human rights throughout Southeast Asia and Oceania. In 1991 ETAN actively supported the right to self-determination of Timor-Leste.

“The East Timor and Indonesia Action Network (ETAN) is concerned that recent events in Timor-Leste weaken the country’s hard-won constitutional democracy and endanger the right of Timor-Leste’s citizens to live in a society governed under the rule of law.

“On October 24, Timor-Leste’s Prime Minister persuaded Parliament and the Council of Ministers to fire seven international judges and prosecutors and an adviser to the Anti-Corruption Commission. When the Chief Judge explained that this was an unconstitutional violation of separation of powers, the Government revoked their visas and ordered them out of the country within 48 hours, and they complied.[1]

“As an immediate consequence, Timor-Leste’s court system is severely limited. Many trials have had to be restarted, people languish in jail waiting for their trials and victims of crimes are unable to see justice done. Training of new Timorese judges and lawyers is largely curtailed, investigations into corruption and other crimes are slowed, and a message has been sent to everyone in the judicial system — Timorese and foreign — that they should think twice before displeasing high officials.

“For nearly a quarter-century, ETAN has supported the right of the Timorese people to choose their own leaders and govern their sovereign nation, and we continue to do so. After voting to end the Indonesian occupation, the people of Timor-Leste established an exemplary constitution which guarantees human rights, the separation of powers, and a democratic state under rule of law. ETAN applauded the restoration of that state’s independence in 2002, and we continue to support the right of Timor-Leste’s citizens to run their own country. However, that right belongs to all citizens through rules enshrined in their own constitution, not only to a few leaders claiming to act in the “national interest” or that force majeure justifies illegal or unconstitutional actions.

“According to the Prime Minister and other officials, mistakes by international judges and prosecutors caused Timor-Leste to lose cases regarding petroleum taxes which had been evaded by companies contracted to export Timor-Leste’s oil and gas. If this is correct, it would have been better to investigate and discipline the individuals at fault, rather than an entire group.

“We strongly believe that the oil companies should pay all the taxes they owe, and their industry’s global history of tax avoidance necessitates special precautions.[2] However, such cases should be decided according to the law, not political posturing or nationalism — to do otherwise could deter legitimate investors and others from participating in Timor-Leste’s economy. Furthermore, Timor-Leste’s government has paid millions of its people’s dollars to hire international legal counsel, and those experts should have identified and corrected the mistakes long before now.  Petroleum-export-dependent countries such as Timor-Leste often suffer from corruption or maladministration inside and outside government, and concerted efforts are needed to guarantee that their people receive all the deserved benefits from their own natural resources.

“Some believe that the assault on judicial independence is intended to deflect criticism or prosecution of high government officials who may be involved in corruption, a belief reinforced by the Prime Minister’s October 22 letter to Parliament[3] urging them to maintain immunity for members of his government until after the 2017 election. ETAN does not know if protecting alleged criminals is a motive for firing the international judicial personnel, but effective investigation and prosecution with trials by an independent court system, are the best way to determine who has committed crimes. In addition, improved transparency, accountability, unrestricted media coverage, and checks and balances can reduce corruption in the future.

“The latest controversy underscores the challenges of implementing Rule of Law in a post-colonial nation, as shown by the ongoing impunity for serious crimes committed during the illegal 1975-1999 Indonesian occupation and the extra-legal freeing of indicted criminal Maternus Bere five years ago. Just this year, actions against “illegal groups” and limitations on freedom of the press demonstrate how difficult it is to solidify a democratic culture after a half-millennium of colonization and occupation, when rulers were unaccountable and Timorese people’s rights were routinely violated.

“We join with the Prime Minister and others in their wish for accelerated Timorization of the state apparatus, including the judicial system. But centuries of autocratic foreign rule, with few opportunities for Timorese to get good education or experience, make this a protracted process. Unfortunately, some international technical support continues to be necessary, as it is in many countries.

“During the last fifteen years, Timor-Leste has seen more than its share of incompetent or ill-intentioned foreign advisors, including some in the judicial system, and we encourage more careful hiring and review processes to ensure that those who come to advise know what they are talking about.

“Unfortunately, one such advisor — Bobby Boye in the Ministry of Finance, currently pending trial in the USA for defrauding Timor-Leste [4] — originated many of the tax cases which Timor-Leste is losing on appeal. Information on these cases is not public, so we cannot assess whether Timor-Leste’s cases are strong on the facts and the law. However, it is not surprising that appeals courts and arbitration panels are deciding for the companies in some instances, as such matters are legally complex and Timor-Leste was justified in asking for every possible assessment.

“The people of Timor-Leste overcame tremendous obstacles to achieve sovereignty, human rights and constitutional democracy. We are confident that they will do so again, that current setbacks to the rule of law are temporary and will be corrected, and that Timor-Leste’s judicial system will be able to function effectively, independently and according to the Constitution and the law.”

ETAN continues to support Timor-Leste’s people in the struggle for independence and justice, as we have since 1991.

[1] These resolutions and letters are available from http://www.laohamutuk.org/Justice/2014/14Judges.htm