New trend: From emigration to immigration foreigners are welcome – Portugal 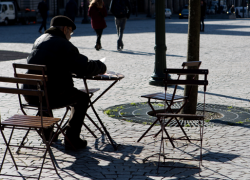 To respond to the pressures of an ageing population, Portugal is considering new policies to attracting more immigrants, including highly qualified managers for fundamental sectors of the economy.

Portugal’s birth rate is one of the weakest in the European Union, with more than a fifth of the population aged over 65. It is estimated that within 30 years this number will have increased to 35%.

If the current decline continues, the country could lose 20 percent of its population by 2060, dropping from 10.5 to 8.6 million residents, according to the National Institute of Statistics in Portugal.

Portugal is also losing population to emigration. Nearly half a million Portuguese have left the country either permanently or temporarily in the last four years.

To address such demographic challenges, the policies will target manly skilled workers and also students and researchers to come for Masters’ and PhDs to internationalize the universities and bolster scientific advancement.

The short term plan is to receive 2,000 university students, 800 vocational students, in addition to 2,500 to 3,000 refugees qualified in the agriculture and forestry fields.

To attract foreigners, Portugal has also eased the law of naturalization by allowing children born in Portugal to foreign parents, to acquire Portuguese citizenship at the time of birth if their parents have been in the country for at least two years.

Minors born outside Portugal to foreign parents but residing in Portugal with a parent/parents, for at least five years, are also allowed to petition for Portuguese naturalization.

For the parents, once their children acquire the Portuguese citizenship/naturalization, the same provision allows the parent/parents to petition for Portuguese naturalization after they have resided in Portugal for at least five years.