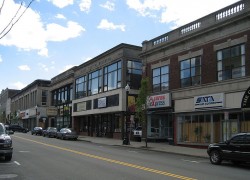 According to the just released  2010 U.S. Census Bureau – between 2000 and 2003 – a new trend in demographics brought more diversity to the Massachusetts Southcoast region, home to a significant Portuguese population.

Changes resulted from an increase in Hispanic, Black and Asian populations alongside the well-established Portuguese communities in areas such as Attleboro, Fall River, North Attleboro, Rehoboth, Seekonk, Somerset and Swansea.

There are sizable Portuguese communities in Massachusetts, Rhode Island, New Jersey, California, and Hawaii. The latest census estimates that 1.3 million individuals living in the United States are of Portuguese ancestry, with a large percentage coming from the Azores. There are about 20,000 Americans living in Portugal.