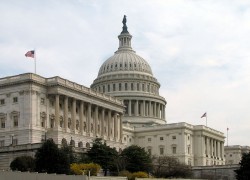 According to Jason Moreira, NOPA’s Vice-chairman and Director of Government Relations, the reinstatement process started with Portuguese American Representatives, Dennis Cardoza (D-CA) and Jim Costa (D-CA), agreeing to become co-chairs and proceeding to move the process forward and making the Caucus official.

To date, NOPA has sent personalized invitations to 345 Representatives in the U.S. House and 52 Senators in the U.S. Senate and will have invitations out to the remaining  141 Members of Congress in the next two weeks.  He said, “We have also begun making follow-up phone calls and meetings to Congressional offices.”

Moreira urges members of the Portuguese Community to contact Members who have joined the Congressional Portuguese American Caucus and thank them for joining and for supporting the community, especially if they represent their district or state. He said, “Individuals and organizations should support this effort to grow the Caucus because, in the long run the more Members that join the Caucus, the better it is for the Portuguese American community to have a voice in Congress.”

Jason Moreira suggested that those interested in participating can log on to NOPA’s website where they will find information such as samples of thank you/invitation letters, talking points, tips for contacting Congress, and useful resource links to use on emails or to call Members of Congress. He said, “It’s important that the Portuguese American community let their Congressional Representatives and Senators know how much they appreciate what they do for their community.”