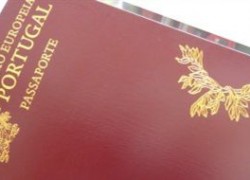 Portugal introduced changes in its passport application and issuance process as an effort to expedite the Portuguese passport services.

Changes allow applicants to request or renew their passports at the 319 local government bureaus.

Previously, passports could only be issued through the 27 district government centers nationwide.

With the new measure, applicants will save time but the applications are still subject to all current security verifications.

Portuguese passports meet the standards of the International Civil Aviation Organization (ICAO), for electronic passports, which include a biometric symbol (a small eye-like image).

A biometric passport, also known as an e-passport or ePassport, is a combined paper and electronic passport that uses biometrics to authenticate the identity of travelers.

The Portuguese passport is valid for 5 years and cannot be renewed. When it expires a new application needs to be made. Overseas applications need to be made in person at a Portuguese consulate or embassy of residency.