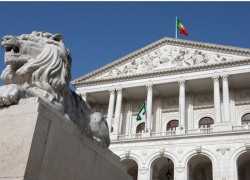 The Portuguese government has issued a new law blocking the renewal of residency permits for immigrants sentenced to more than one year in prison.

Immigrants who have been sentenced to more than one year in prison will no longer be able to renew their residency permit in Portugal as the new law comes into effect.

Published in the official government daily, Diário da República,  on, Thursday, August 09, the law will come into effect within 30 days of publication.

The new measure is being contested by human rights groups. The activist organization SOS Racismo said Friday that it is “categorically” opposing the new law, described as a step backwards from the policies of protection of basic freedoms and guarantees.

In a statement, the organization said the law was a “legal aberration” and a flagrant example of “institutional discrimination, social and racial stigmatization in the criminalization and persecution of immigrants.”

Last March, the Portuguese government had made changes in its immigration laws, regulating residence and voluntary and involuntary departure of non-nationals. The changes were described as a “significant improvement” in visa policies, namely for its family reunion provisions, regulating illegal immigration and human trafficking, and new polices for foreign investors from outside the European Union wanting to invest in Portugal.