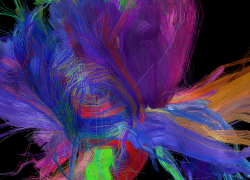 Portuguese neuroscientist, Tiago Reis Marques, M.D., is one of the recipients the 2012 NARSAD Young Investigator Grants, by the Brain & Behavior Research Foundation Scientific Council. He is the first Portuguese scientist to be awarded the grant.

Dr. Marques is a researcher at the Institute of Psychiatry at the King’s College, London, UK. He has developed models of neuroimaging utilized to predict clinical outcomes in psychotic patients which, he believes, will provide a better understanding of what structurally and functionally changes in the brain.

NARSAD Grants are among the most competitive in biomedical research. The NARSAD Young Investigator Grants is an international grant program which has been the driving force behind thousands of scientific achievements.

Established in 1981, originally named the American Schizophrenia Foundation, the Brain & Behavior Research Foundation is a nonprofit organization that focuses on mental health research.