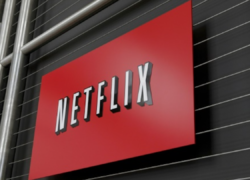 The five films were selected by a jury, aiming at giving more visibility to women who have been involved in film production and directing.

The chosen films include A Metamorfose dos Pássaros (The Metamorphosis of Birds) by Catarina Vasconcelos, with Joana Gusmão as producer; SOA (It sounds), by Raquel Castro, with a script by Isabel Machado and production by Joana Ferreira and Sara Simões; Mar (Sea), by Margarida Gil, with a script by Rita Benis, and Simon Chama (Simon Calls), by Marta Sousa Ribeiro, and production by Joana Peralta, along with Desterro, (Exile) by Portuguese-Brazilian director Maria Clara Escobar.

The featured films will be streamed by the Netflix platform for a period of one year, starting in January 2022, on a date to be announced.

The Portuguese Film Academy stated that expectations were exceeded, as it received 31 applications relating to feature films finished between 2019 and 2020.

“This is just a first step on the path to greater representativeness and equal opportunities for women in the film and audiovisual sector,” the Academy said in a statement.

The movie The Metamorphosis of Birds (2020) [A Metamorfose dos Pássaros], by Portuguese film producer and director Catarina Vasconcelos, will represent Portugal at the Oscars 2022, competing for the Best International Film award.

Netflix has released its first Portuguese original series Glória on November 5, 2021, produced by the SPi production company of Grupo SP Televisão and co-produced with RTP. Glória is an intense historical spy thriller taking place during the Cold War. Set in the late 1960s, the  series outlines the politics of Portugal during the Cold War. At the center of the conflict is a young Portuguese engineer, João Vidal. Vidal served in the army for 2 years, fighting the Portuguese Colonial War in Angola.

Portugal accounts for over 50% of the world’s cork trees

These bags are the perfect choice for your VEGAN lifestyle, as they are made out of cork that’s extracted from the cork trees in an ORGANIC and SUSTAINABLE way.