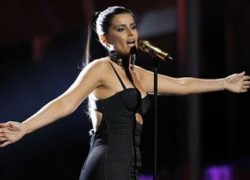 Pop star Nelly Furtado went out of her way to ask young Canadians to vote at the upcoming federal elections scheduled for May 2nd.

In a video presentation on YouTube, the 32-year-old Portuguese Canadian singer admits she has used a number of excuses in the past not to vote, before she finally casted her ballot.

Confessing that she had spent years ignoring politics, she says she has changed her mind about voting, “I’m over that now because I started to vote a few years ago and it feels amazing. I love voting because it makes me feel like a real citizen of this great country we call Canada.”

Calling on fans in her native Canada to join her at the polling station, Furtado says, “I’m a dummy, I used to not vote. I used to be out of the loop and feel detached from politics, like, ‘Yeah, I’m Canadian but (it’s) boring, I don’t know what to do, I don’t know anything – I’d rather not vote! I don’t know who to vote for? Everybody sucks, what’s the point? Voting’s lame. I’m too busy.”

Then she adds, “The youth across Canada are getting so excited about voting and that’s amazing… Show up and vote because it’s fun. It’s actually a thrill, a rush. I’m gonna be there, it’s gonna be a party! You’re voting for you, you’re voting for the youth, our demographic. Politicians cater to their audience so let’s become a part of that audience.”

In addition to her video presentation, Nelly Furtado has also launched a Twitter offering tips to her nearly 2 million followers on how to vote and directing them to the Elections Canada website.