Named: George E. Glass to be US Ambassador to Portugal  – Washington, DC 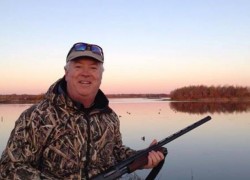 President Donald Trump announced his intent to nominate George Edward Glass, 56, to be  the new US Ambassador to Portugal. The nomination must be confirmed by the US Senate.

Glass is owner and managing partner of MGG Development LLC in Lake Oswego, Oregon, which purchases and operates apartment complexes and rental homes.

The White House released the following brief biography of the nominee:

“George Edward Glass of Oregon to be Ambassador Extraordinary and Plenipotentiary of the United States of America to the Portuguese Republic. Mr. Glass has been Owner & Managing Partner since 2015 of MGG Development LLC in Lake Oswego, Oregon, a commercial enterprise that purchases and operates apartment complexes and rental homes. He was Founder, President and Vice Chairman of Pacific Crest Securities in Portland, Oregon from 1990 to 2014. Mr. Glass is a trustee for Oregon Health Sciences University and was formerly a trustee for the University of Oregon. He has served on numerous private and public boards and advisory councils. Mr. Glass earned a B.S. from the University of Oregon.”

Mr. Glass, a practicing Catholic, visited Portugal once with his wife Mary to take part in a ceremony at the Fatima Shrine.  Reportedly he has also visited Lisbon, Cascais and the Douro region. He is a family man who likes soccer, hunting and other outdoors activities.

Mr. Glass, a supporter of candidate Donald Trump, has a strong allegiance to the Republican Party. In 2015, Mr. Glass donated $2,700 to the Jeb 2016 Inc. campaign. In addition,  according to the Willamette Week, Mr.  Glass has donated $77,500 to the Trump Victory Fund in 2016. And The Oregonian reported that he gave $22,500 to Trump’s inauguration. It was also reported that Mr.Glass donated $33,400 in July 2016 to the Republican National Committee.

He replaces Robert A. Sherman nominated in 2013 by President Barack Obama to be US Ambassador to Portugal. The United States Senate confirmed Sherman by voice vote in February 2014. Sherman presented his credentials to the President of the Portuguese Republic, Aníbal Cavaco Silva, in Lisbon on May 3, 2014.