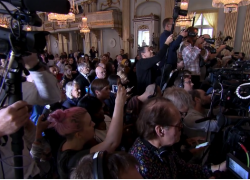 Portuguese writers Augustina Bessa-Luís and Manuel Alegre are possible candidates for nominations at this year’s Nobel Prize in Literature.

The writers’ names have been put forth after a vote by members of the Lisbon Academy of Sciences. The Classe de Letras da Academia de Ciências de Lisboa was invited by The Swedish Academy to propose names for this year’s nomination listings for the Nobel Prize in Literature before the submission deadline in February.

Born in Vila Meã, Amarante, in 1922, Augustina Bessa-Luís is a prolific writer, publishing in various genres, including fiction, children’s literature, scriptwriting and biography. A number of her works were adapted to film by filmmaker Manoel de Oliveira (1908-2015), including her novel Fanny Owen, from which the film Francisca is based. She has spent much of her life in the Porto region of Portugal. She was the director of O Primeiro de Janeiro daily newspaper in Porto 1986-1987. Between 1990 and 1993, Bessa-Luís served as theater director of the Teatro Nacional D. Maria II. She has received a number of awards for her writings, including the Camões Prize in 2004. 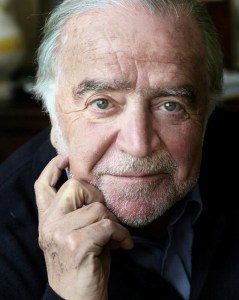 Manuel Alegre is a poet born in Águeda in 1936. He studied law at the University of Coimbra. Noted for his political activities, he spent a decade in exile in Algeria during the Estado Novo era, returning days after the 1974 Revolution. He served as a member of Parliament and also ran as a candidate for the Portuguese presidential election in 2006. Several of his poems have been made into songs by musicians such as Zeca Afonso (1929-1987). Alegre is the recipient of the 2017 Camões Prize for his poetry and prose work.

Once nomination forms are received, the Nobel Committee screens and approves a list of preliminary candidates, from which 15-20 names chosen. From this group, a final candidate list of five writers is selected. Academy members read and consider the candidates’ writings in order to choose a Nobel Laureate. The nomination lists are not revealed for 50 years for privacy reasons.

For 2017’s Nobel Prize in Literature, the Swedish Academy received 240 proposals and settled on a list of 195 to begin the candidate process. The 2017 recipient for the literary prize was Kazuo Ishiguro. 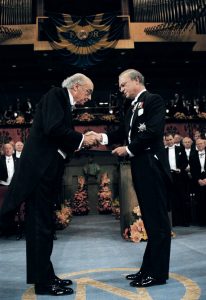 Since 1901, only one Portuguese author, José Saramago (1922-2010), has been awarded the literary prize. He was recognized in 1998 by the Academy in this way: “Saramago’s idiosyncratic development of his own resonant style of fiction gives him a high standing. For all his independence, Saramago invokes tradition in a way that in the current state of things can be described as radical.”

The winner of this year’s Nobel Prize in Literature will be announced in October with the Laureate receiving the prize in December at a ceremony in Stockholm, Sweden.

————–
Cristina Ogden is a freelance writer and blogger based in Western Canada. She writes on issues concerning the arts and culture of both Portugal and Canada. Her articles, essays and reviews have appeared in journals, anthologies and news sites in Europe and North America.