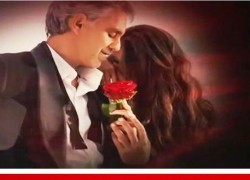 For the most part, “Passione,” is a collection of the “most” romantic songs by Mediterranean, North and South American composers. It includes songs in six languages: Portuguese, Italian, Napolitano, French, Spanish and English.

In January 9, in Vancouver, Canada, Nelly Furtado launched her “Spirit Indestructible Tour,” the first time she is promoting an English record since 2007-2008’s “Get Loose Tour.”

Nelly Furtado, 34, was born in Victoria British Columbia, Canada, to Portuguese immigrant parents from the São Miguel Island, in the Azores. Furtado came to fame in 2000 with the release of her debut album Whoa, Nelly!, which featured her breakthrough Grammy Award-winning single I’m Like a Bird. A record producer, singer and song writer, she has sold over 18 million albums worldwide, and currently resides in Toronto.