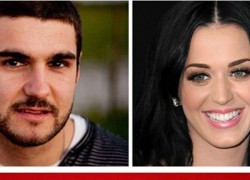 Portuguese vocalist, João Fonseca, and Portuguese-American pop singer, Katy Perry, are among the starts invited to sing at the presidential inaugural events, over the Marting Luther King weekend, expected to draw more than 35,000 guests.

João Fonseca, 24, popularly known by his stage name J’Something, has confirmed that he will be performing at the first of several inauguration balls for President Barack Obama, on January 21, at the Mead Center for American Theatre in Washington.

Born in Portugal, Fonseca was raised in South Africa where he has been living for the past 15 years. One of the most sought-after vocalists in South Africa, he is the lead singer of the Mi Casa jazz band. Over the years, he has collaborated with local greats such as RJ Benjamin and DJ Ganyani.

Katy Perry, 26, who has acknowledged her Portuguese heritage, was born in Santa Barbara, California, from parents of German, English and Portuguese descent, more specifically “Azorean” with roots in Horta, Faial island.

On January 2012, Perry was honored as favorite female artist, at the 38th annual People’s Choice Awards, in five categories and was named Billboard’s woman of the year.  She was the second artist in the history of Billboards’ Pop Songs chart to take five tracks from a single album.

In 2011, Perry was also the biggest winner at the 2011 MTV Video Music Awards with Video of the Year for “Firework”, Best Collaboration, and Best Special Effects.

The events are being held at the Washington Convention Center over the Martin Luther King holiday weekend when President Barak Obama inaugurates his second term January 21.