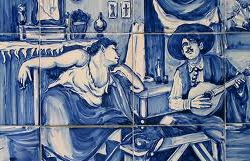 The fado is holding steady, even flourishing, through Portugal’s fiscal crisis. In addition to plenty of music, there have been films, a play, books, and a number of notable events.

Last year’s UNESCO designation of the fado as “world immaterial heritage and patrimony” has certainly helped, as has a wave of solid fado records. But the successful UNESCO bid has also created some divisions. Following is my roundup of the year. 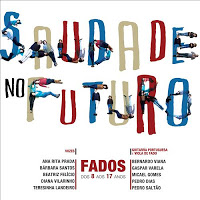 The year’s sentimental favorite: fado played exclusively by kids between 8 and 17, all of them hugely competent and singing fados that are completely right for their ages. Highest recommendation

Most of the group
Beatriz Felício 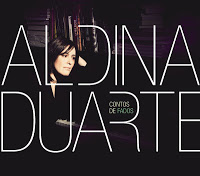 Aldina Duarte returns with many lyrics written by her and performed with top-flight musicians. Erudite but passionate.

Live at the Fado Museum 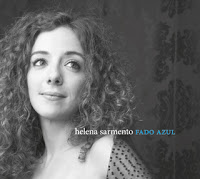 A classic fado record, with solid musical performances and fresh lyrics, delivered in a tight and individualistic style. An excellent introduction to the modern fado. 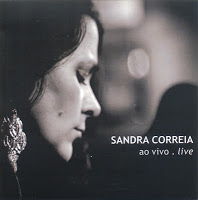 Passionate and intimate. The repertory reflects the core of fado as performed in many of the houses of Lisbon and, in Sandra Correia’s case, Porto, where she is a regular. 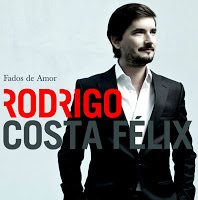 A pensive follow-up to his more sprightly first record. This is the only disc by a man on the list. Unlike many other singers, Rodrigo Costa Felix is willing to explore the bizarre trajectories of modern love, but also to recognize the base emotions that bring us together–sometimes against our will.

Amigo Aprendiz (voted one of the 12 best ballads of the year by the The Atlantic magazine in the US.) 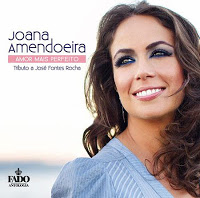 Joana Amendoeira was part of a vanguard of fadistas who bridged the time between the end of Amália Rodrigues’ career and the beginning of very popular fado. Anything she releases is worth listening to. Here, she offers a series of both deep and playful reflections on her long association with one of Amália’s most important guitarists, José Fontes Rocha. The beauty of this record transcends our listening to it. 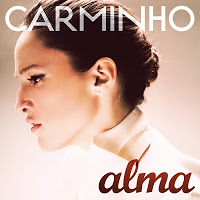 Carminho is on a non-stop burn through the fado. Her beauty, her voice, and her uncompromising approach to her repertory enable her to engage the past of fado and to challenge the shape of its future. She is a bold and forthright singer, with a compelling live presence. This record, as well as her first release “Fado”, are both modern classics.

This is unquestionably the year that fado jumped headlong into the digital age. While there continue to be various homegrown web sites devoted to the fado (like this one), it’s only recently that the artists are getting out there in earnest. The record label “Saudade Records” is a trailblazer. The label represents fado artists who, generally speaking, have a lower international profile than those on, say, Sony. But the label has promoted its artists through a range of digital media, including YouTube, iTunes and Facebook. Those lucky enough to purchase the physical copies of the CDs will find that they are lovingly and carefully made, with plenty of documentation. In the last 1 1/2 years, the label has been on a roll, with records by Pedro Galveias, José Manuel Barreto, and Saudade no Futuro. Next year promises more.

Another digital highlight was Carminho’s promotional campaign for her second CD, Alma. She published one video per week on YouTube in the time leading up to the release, with each video telling the story of one track on the album and featuring samples of the song (ex., Lágrimas do Céu). This was an enormously successful endeavor (Ana Moura followed suit before the release of her latest album, Desfado). Other artists, such as Rodrigo Costa Felix, Maria Ana Bobone and Ricardo Ribeiro began to emphasize Facebook and YouTube over MySpace to publicize their work. Rodrigo Costa Felix also showed up with his wife in a flashy photo spread, and Carminho was in some kind of promo campaign somewhere. Definitely interesting.

Aldina Duarte continues to stretch and stretch. This year, in cooperation with the Fado Museum, she produced a series of interviews spanning a variety of fado-related themes, all of which can be seen on the museum’s web site. She continues to write lyrics for herself and other fadistas. Duarte is a wide-ranging artist who has yet to find her limits. She is defintely one to watch.

The video stalwarts of YouTube continue to document the fado as it happens outside the main venues. Here are some standouts from the past year:
Rogério Silva
Artur Batalha
Clara Sevivas
Sónia Santos
Jaime Dias

The director Diogo Varela Silva released the documentary “O Fado da Bia”, a close-up look at the iconoclastic fadista, Beatriz da Conceição. Unlike his documentary of the fadista Fernando Maurício, this one is short on head shots and long on voyeurism, capturing Beatriz da Conceção in performance and in conversation with other fadistas, where she speaks intimately of her life in the fado. The filmed performances testify to her towering presence in the fado, while the conversations reveal some of the internal contradictions, flaws and strident views that–until now–have been expressed mainly in her music and sporadic interviews. It’s a captivating psychological portrait 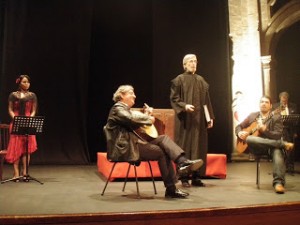 O Julgamento do Chico do Cachené.

A rare piece of fado theater made it to the stage this year. “O Julgamento do Chico do Cachené” was written by Linhares Barbosa in 1945, first performed in its entirety the same year at the Adega Machado, then only sporadically and incompletely until this year, when it was resurrected by the singer and scholar Daniel Gouveia and performed at the Teatro Ibérico in Lisbon. The Chico in question is on trial to determine whether he is a scoundrel or an honest man–and there are plenty of colorful characters ready to testify either way. The production merits its own complete entry (which I expect to write soon), but was notable for the heavily improvised performances of the three fadistas (Gouveia, Nuno de Aguiar, and Maria Eméilia) who took on all the roles, and for the top-notch playing of the two musicians, Sidónio Pereira and José Clemente.

Among the losses in the fado this year were two stalwarts, the incomparable Raúl Nery, who played on countless important fado records from the 1940s until his professional retirement in the 1990s, and José la Féria, an indefatigable promoter of the fado on radio.

The poetry of the fado–and the poets of the fado–jumped into the fray over the worsening state of the Portuguese economy and the resulting threats to the Portuguese way of life. Tiago Torres da Silva published a poem per day (on Facebook, of course) that cut to the bone of the issues facing the Portuguese people. Mário Rainho put aside his work organizing fado at the Pérola do Fado in order to devote his time to writing for musical comedy on the stage (“farce” is probably the better term). This one, entitled “Humor com Humor se Paga!”, is a sly and winning commentary on Portugal’s current economic and social situation. In Porto, the enigmatic António Torre da Guia continued to churn out poetry–combined with his own inimitable graphics–on a diverse range of topics. 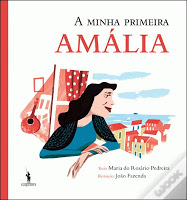 The UNESCO designation has certainly created lots of opportunities for bringing more fados to the masses, but also making a buck. In the former camp, are two excellent initiatives, the fado school in the Lisbon neighborhood of the Mouraria, and a small, very precious book called “My First Amália”.  In the latter, there have been countless collections of “fado” available in stores and through magazine promotions, as well as many singers and groups who are now “fado”. In the wake of this commercialization, some singers and musicians have simply headed for the hills, perhaps to wait until the furor blows over. Somewhat surprisingly, some of the stalwarts of the fado–including Ana Moura and Lenita Gentil–released records that were barely (Moura) or not (Gentil) fado at all. Having said this, both singers continue to promote the fado like few others: Moura through nearly continuous touring worldwide; Gentil through her steady appearances at O Faia in Bairro Alto. 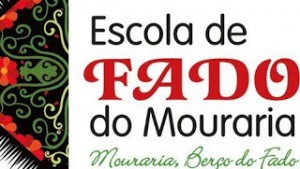 Finally, big-time fado in the US continues to happen, although at a rate that belies the level of interest in the music here. Among the concerts this year was a marquee event at Carnegie Hall, which included the fadistas Celeste Rodrigues, Jorge Fernando, Fábia Rebordão and Filipa Cardoso. Ana Moura stopped here on an international tour, as did António Zambujo. Meanwhile, Manuela Cavaco and Carlos Macedo visited Newark, NJ–a continuing center for fado in the US. A new Facebook group is publishing ongoing news about upcoming fado events in the US, whether led by Portugal- or US-based artists.

My wishes for the New Year? Very simple! Visits to the US by Carminho, Ricardo Ribeiro and Rodrigo Costa Felix. All of these (and others) are singers in their prime, with repertories that are continually evolving and music played by some of the best fado musicians the country has to offer.

(*) David Mendonça, a Portuguese American with roots in the Azores, is a contributor to the Portuguese American Journal. A Fado music aficionado, his articles also appear on his blogs Fado Today (English) and Fado Hoje (Portuguese). He lives in New York State.