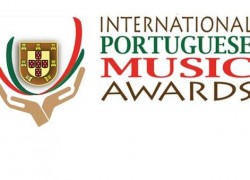 A panel of judges has recognized the outstanding achievement in the music industry by international artists of Portuguese ancestry competing at the 1st Annual International Portuguese Music Awards (IPMA).

A list of runner up nominees was announced Monday under nine award categories: New Talent, Dance, Música Popular, Pop, Rap/Hip-Hop, Rock, Traditional/Jazz/Classical, and Song of the Year. Finalists for  the “New Talent” category the ” will be awarded a “Grand Prize” which includes a trip to Portugal.

The “People’s Choice” nominees will be known on January 27. The final winners of the contest will be announced at the IPMA announcement event scheduled for February 2, 2013. The show, featuring prominent international Portuguese entertainers, will be held at the Zeiterion Theater, in New Bedford, Massachusetts, USA.

The contest aims to discovering international “New Talent” by encouraging the participation of new artists of Portuguese descent who have not previously recorded, signed a record deal and live outside of Portugal.

For contacts and information visit IPMA