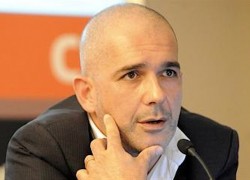 He is the editor-in-chief of  Beyond, Short Stories on the Post-Contemporary a “bookzine” started in 2009 through Sun Architecture and the editor of the blog ShrapnelContemporary. The author of  many articles in national and international magazines, he is the author of Beyond Scenaros and Speculations No.1 (2009); Beyond 3: Trends and Fads (2010) and Arquitectura em Público (2011).

From 2000 to 2004, he was a co-director of ExperimentaDesign a Lisbon-based international design studio. He was also the curator of international shows such as Space Invaders, for the British Council, London, and Pancho Guedes, An Alternative Modernist, for the Swiss Architecture Museum, Basel.

Most recently, he integrated the Advisory Panel for the British Pavilion at the Venice Architecture Biennale 2010, and was the co-organizer of the 1st International Conference on Architecture and Fiction – Once Upon a Place. In 2004 he also represented Portugal at the Venice Biennale.

He is known for having designed the now famous House in Torres Vedras (Portugal) with bright colors and original objects which are both  functional and aesthetic.