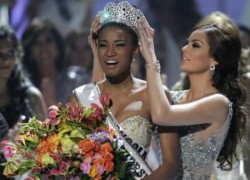 In a live telecast that reached over a billion viewers around the world, Miss Angola, Leila Lopes 25, was crowned Miss Universe 2011 at the Creditcard Hall in São Paulo, Brasil, defeating the competition from 88 contestants.

Leila Luliana da Costa Vieira Lopes was crowned Miss Universe Monday night, smoothly handling an interview question about what physical trait she would change if she could.

Answering in her native Portuguese, Leila Lopes said: “Thank God I’m very satisfied with the way God created me and I wouldn’t change a thing. I consider myself a woman endowed with inner beauty. I have acquired many wonderful principles from my family and I intend to follow these for the rest of my life.”

Lopes, Angola’s first winner, beat out 88 other competitors to win the title during the 60th anniversary of the world’s biggest beauty pageant. She replaces last year’s winner, Ximena Navarrete of Mexico. The first runner-up was 23-year-old Olesia Stefanko of Ukraine and the second runner-up was Priscila Machado of Brazil. The third was Miss Philippines and the fourth Miss China.

Born in the Benguela Province, Angola, Lopes is a business management student in Great Britain. On October 8, 2010, she was crowned Miss Angola UK. Lopes, who stands 1.79 m (5 ft 10 1⁄2 in) tall, competed as one of 21 finalists in her country’s national beauty pageant, Miss Angola, held in Luanda on December 18, 2010, where she obtained the Photogenic Award and became the eventual winner of the title, gaining the right to represent Angola in Miss Universe 2011.

Contestants from 89 nations on six continents spent the past three weeks in Sao Paulo, trying to learn samba dance steps, visiting impoverished children and kicking a football around for cameras as the globe’s biggest beauty contest was held in Brazil for the first time. 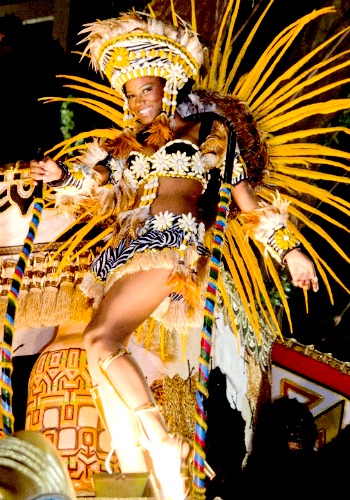 Miss Portugal, Laura Gonçalves, was among the 16 semi-finalists.