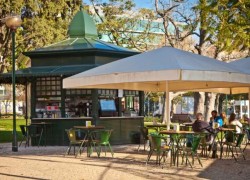 The Portuguese capital has dropped 22 places in Mercer’s 2012 ranking of the world’s most expensive cities for expatriates to occupy the 108th position out of 214 cities surveyed.

The head of the consultant’s Portuguese research department, Tiago Borges, told LUSA that Lisbon’s fall from rank 86 last year was primarily due to a weakening euro and the impact of Portugal’s recession and bailout program on the price of housing, goods and services.

“In global terms, Lisbon has become a cheaper city,” Borges said and he added, “The Portuguese may not notice it,” but the lower Mercer expense ranking, which is based on about 200 factors, could encourage “organizations and businesses” to set up shop in the capital.

According to Mercer’s 2012 list, Tokyo (Japan), replaced Luanda (Angola), as the world’s most expensive city for expatriates, while Pakistan’s Karachi and Islamabad are the cheapest.

The city of Luanda, the capital of Angola, was ranked the world’s most expensive city, out of 214, for the second year in a raw, according to the 2011 Mercer Cost of Living Survey.