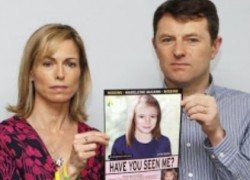 When Scotland Yard launched its Madeleine McCann investigation, it called for ‘restraint’ from the British media. Meanwhile, a Portuguese law forbids police here from divulging inside information about on-going criminal investigations. So how come newspapers in both Britain and Portugal have identified and published sensational stories about another implausible ‘prime suspect’ in this case?

The stories are causing outrage, especially among relatives of the now deceased ‘suspect,’ but also in the much wider community in Portugal.

Hard on the heels of reports in the UK that police were looking variously for a pedophile gang, foreign perverts, gypsy robbers, English cleaners and some fair-haired individuals possibly from Germany or Holland, the Portuguese tabloid Correio da Manhã last week began publishing a series of articles claiming police were investigating an African man.

The ‘new suspect’ was a former employee of the resort where the McCanns stayed in 2007. Phone records placed him near Praia da Luz at the time. As an immigrant from the former Portuguese colony of Cape Verde, he was living with his partner and their son in the nearest town, Lagos. He was arrested in 1996 for petty theft, but had no record of any serious offence.

The Correio da Manhã stories were copied and in some cases embellished in many British and other foreign newspapers. The Daily Express, for example, claimed the suspect was “a violent thug who was a threat to children.” It gave a Portuguese ‘police profile’ as the source of this information.

In many of the regurgitated reports, Portuguese detectives were said to be examining the possibility that the ‘suspect’ had kidnapped Madeleine in an act of revenge against his former employers for his dismissal a year earlier.

This idea made no sense at all, said the brother of the Cape Verdean’s Portuguese partner. “It wasn’t as if what happened there with him losing his job destroyed his life. He got work elsewhere soon afterwards.”

A Portuguese TV reporter calmly and sensibly described the recently discovered information about the man’s cell phone use as “a loose end that needs to be tied up.”

But the British tabloids went overboard. More personal details about the man emerged, including his name. The Daily Mirror published a close-up photograph – but of course he looked nothing like either of the five-year-old e-fit images released by Scotland Yard three weeks ago.

The ‘new suspect’ died in a tractor accident in the north of Portugal in 2009, two years after Madeleine disappeared. There is that old saying, “you can’t defame the dead,” but what about the torment and humiliation these stories have inflicted upon those left behind?

This again raises serious questions about the workings and integrity of both the press and the police. How and why did details of this individual and the Polícia Judiciária’s interest in him become available? Has this man really become ‘key’ to the investigation, or is something else afoot here?
The ‘suspect’s’ widow told the Portuguese weekly newspaper, Sol: “It is disgusting that they are now trying to set up a dead man as a scapegoat.”

The Federation of the Organizations of Cape Verde based in Lisbon also believes the dead man is being used as a scapegoat. It described the allegations against him as “shocking” and “not credible.”

The truth about this matter needs to be told. Sadly, the truth about many aspects of this extraordinary six and a half year old mystery is as cloudy as ever.