MBAs at two Portuguese universities among the best in the world 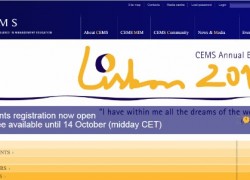 Business graduate degrees at two Portuguese universities — Universidade Nova and Catholic University of Lisbon — are among the best in the World, according to the ranking made public by the well-respected London newspaper Financial Times.

The “CEMS–Master in International Management”, an international effort of top business schools in 26 different countries, including the School of Business and Economics of the Universidade Nova de Lisboa, is considered the second best masters business degree in the World, according to the ranking of the Financial Times.

The CEMS Master’s in International Management (CEMS MIM) is a postgraduate, pre-experience degree open to a select group of students enrolled on a Master’s program in one of 26 leading institutions offering postgraduate studies worldwide.

The master degree in business of the Catholic University of Lisbon – School of Business & Economics – joined this year for the first time the world ranking of the Financial Times.

Among the aspects evaluated to establish the ranking, the program at the Catholic University of Lisbon occupies the 4th position of “Placement Success Rank”, being one of only nine business schools worldwide with 100% placement of its graduates within three months of graduation.

In a press release, Dr. Fatima Branco, director of the business program at Catholic University of Lisbon, expressed her satisfaction for the international recognition of the high level of job placement success of its graduates, especially during a time of unemployment crisis like the present.