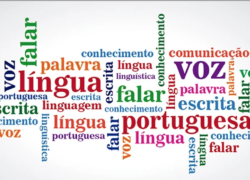 The World Portuguese Language Day is being celebrated in 50 countries with more than 159 cultural activities worldwide.

Portuguese is one of the few languages in the world with the status of a “global language” since it has more than 10 million speakers among the more than 7,000 living languages.

This year, the Portuguese city of Guimarães has the honor to host the festivities with several themed cultural events taking place in the City Hall. Other events, in person and in virtual format, were organized by the University of Minho and are taking place at the Centro Cultural Vila Flor.

The UN projections also estimate that, by the end of the century, Portuguese will be one of the most spoken languages in the African continent, when the population of Angola will increase to more than 170 million and Mozambique to more than 130 million people.

May 5th , as the World Portuguese Language Day, was celebrated for the first time in 2020, after being recognized in November 2019, at the 40th General Conference by the United Nations Educational, Scientific and Cultural Organization (UNESCO), as a global language of science, culture, economics, diplomacy, and peace. The ceremony took place in Paris, France, and was acknowledged in about five dozen countries. The initiative was launched in 2009 by the Community of Portuguese Language Countries (CPLP).

The UNESCO is a specialized agency of the United Nations (UN) aimed at contributing “to the building of peace, the eradication of poverty, sustainable development and intercultural dialogue through education, the sciences, culture, communication and information.”

Portugal’s minister of foreign affairs, Augusto Santos Silva, said recently that Portugal maintains the goal of making Portuguese as an official language of the UN. The path to get there is still long, according to  Santos Silva, because Portuguese is already a working language in some organizations of the UN system, giving UNESCO as an example.

The Portuguese language is one of the most widespread languages in the world, spoken through all continents, as a major language for international communication and commerce. The language of the first wave of globalization, it recognized as a working language by the European Union, the Mercosul, the African Union, the Organization of Ibero-American States, and the Organization of American States, among other world organizations.