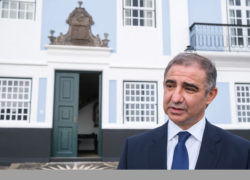 Azoreans living abroad will elect, May 20-24, the newly established Azorean Diaspora Council  (CDA) [Conselho da Diáspora Açoriana], an advisory body intended to strengthen the political and cultural ties between the Azorean communities around the world and the Autonomous Region of the Azores.

The new created advisory body will “create conditions” for Azoreans residing abroad to participate in all aspects of life in the Azores.

Another goal is to create a database aiming to register all Azoreans living abroad and an electoral system that will allow the election of representatives from the countries of residence with ability to participate in the political affairs of Azores.

The newly created advisory body will have a total of 19 elected members to the CDA board from seven regions of the world.

Accordingly, five will be elected in Brazil, five from Canada, five from the United States, one from Bermuda, one from Uruguay, one from Portugal mainland, one from Madeira and one representative for the rest of the world.

Five representatives will be elected from the United States – one from Massachusetts, Rhode Island and California and two from the remaining United States.

Votes may be cast on the digital platform “Açorianos no Mundo” (Azoreans in the World) @ https://acorianosnomundo.azores.gov.pt

The CDA board will be responsible, among other matters, for issuing opinions on legislation, programs or measures developed by the Regional Government related to Azorean emigration and diaspora issues, as well as contributing to the definition and coordination of policies to strengthen relations between the Azorean Diaspora and the Autonomous Region of the Azores.

The CDA board will be chaired by the President of Government of the Azores,  José Manuel Bolieiro, and will be represented in the Azores Regional Government.

Former President of the Government of the Azores, Vasco Cordeiro, first announced the creation of the CDA, in February 2019, during a visit to California.

The installation of council members is expected to take place during a virtual ceremony on the Day of Portugal, Camões and the Portuguese Communities, which is commemorated on June 10, 2021.