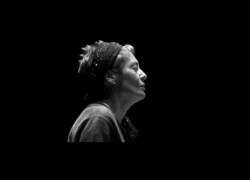 World acclaimed piano virtuoso Maria João Pires was born in Lisbon, Portugal, on July 23, 1944. In celebration of her 70th birthday, Deutsche Grammophon has released the “Complete DG Solo Recordings”. Erato Recordings has also released a commemorative album dedicated to celebrating the seventieth birthday of the artist. (Follow links below to get these compilations from Amazon.com)

The Erato Recordings special edition includes a repertoire of 17 CDs including concerts with the Turkish Hüseyin Sermet and teachers Michel Corboz, Armin Jordan, Claudio Scimone and Theodor Guschlbauer.  Pires had recorded for Erato Recordings between 1972 and 1987.

One of the world greatest piano performers, Pires is one of the most acclaimed interpreters of Mozart and Schubert. In 2014 she was nominated for the 56th Grammy Awards in the “Best Classical Instrumental Solo” category, for her interpretation of Schubert: Piano Sonatas D. 845 & D. 960. This was the second time Pires was a nominee for a Grammy. She was first nominated in 2009.

Maria João Pires gave her first recital at the age of five and made her first public performance at the age of seven with Mozart’s Piano Concertos. At the age of nine she received Portugal’s highest award for young musicians. She gained international fame in 1970, after winning the Beethoven Bicentennial Competition in Brussels.

Her recording of Mozart’s complete sonatas received the 1990 Grand Prix du Disque. She has also received awards such as the Beethoven Prize (1970), the Pessoa Prize (1989), the Music Prize of UNESCO (2002) or the International Prize Don Juan de Borbón (2006).

In 2010, Spanish newspaper El País she felt tired and that she intended to stop giving concerts. She said, “I and my agent have set a date: 2014, which is when I turn 70.” However, in 2010 she told   The London Evening Standard , Maria João Pires she was not ready to retire anytime soon. She said, “I never said I will retire,” and she said, “I said I wish I could retire, which is a different thing.”

Pires has interpreted works by Bach, Beethoven, Schumann, Schubert, Mozart, Brahms, Chopin and many other classical and romantic composers, performing with major orchestras such as Philharmoniker, the Boston Symphony Orchestra, the Royal Concertgebouw Orchestra, the London Philharmonic, the Orchestre de Paris, and the Wiener Philharmoniker.  In recent years she has been heard at all the major international festivals including the Schleswig-Holstein Music Festival, the Schubertiade, Tanglewood, Ravinia, Montpellier, Lucerne, Edinburgh and BBC Proms.

In 2006, after taking time off to concentrate on a variety of educational projects in Portugal, Pires renounced her Portuguese citizenship and moved to Brazil embattled and embittered for the lack of support for her Portugal based Belgais Center, a music project for children.