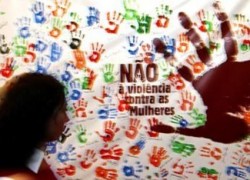 Portugal has declared March 7, a day of mourning to denounce domestic violence against women. Government buildings would fly flags at half-mast to mark the date.

According to a statement by the Minister of the Presidency Mariana Vieira da Silva, in the past 15 years 500 women have died in Portugal victims of domestic violence.

In January and February 2019, 11 women lost their lives, the highest number in a decade, and one small child was strangled to death by her own father.

The number was more than double the same period in 2018, according to the Observatory of Murdered Women, a Portuguese campaign group. In 2017, 12 murders were recorded through the whole year.

In addition, there has been an average of two arrests per day of domestic partners involved in domestic violence, bringing the total number of arrests to 126 for the year.

Most of the arrested are men suspect of attacking their partners and in some cases menacing their own children.

Activists have taken to the streets in recent weeks calling for more government action, protesting against a number of what they call lenient judgments against attackers. Protesters claimed they have been outraged by a number of court rulings described as sexist.

As a reaction, Vieira da Silva has for the first time declared March 7 (the day before International Women’s Day) as the day of national mourning for victims of domestic violence.

She told reporters, “This day is a day in which we should not just remember the victims but show support to their families and collectively renew our sense of purpose towards addressing this battle.”

“The more aware society is that (domestic violence) is a crime, the more likely we will be to eliminate it,” she said.

People in the country have been culturally conditioned, discouraged to comment or offer support to victims. There is an old saying “Entre marido e mulher não metas a colher”, loosely translated to “do not meddle in whatever goes on between husband and wife”.

The country registered 22,773 cases of domestic violence in 2016, or 14 per day. A 2014 report by the European Institute for Gender Equality found that 24 percent of women in Portugal have experienced violence in their lifetime.

Madeira (first) and the Azores (2nd) have the highest incidence rate of domestic violence in Portugal according to the document “Domestic violence – 2015 Annual Report Monitoring”, organized by the Ministry of Internal Affairs.