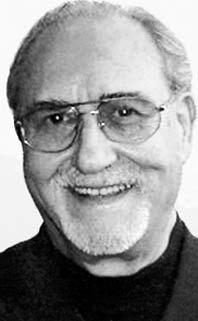 The New Bedford chapter of the Prince Henry Society will honor Manuel Calado as its 2011 Person of the Year, at an event to be held Saturday, October 22, at 6pm, at the Century House in Acushnet, MA.

Born in 1923, in Aveiro, mainland Portugal, Calado emigrated to the United States in 1948 where he started his journalistic career as the editor of Diário e Notícias, a community daily newspaper based in New Bedford in circulation from 1919 to 1973.

According to a statement from the Prince Henry Society, Manuel Calado is being recognized for his many contributions and services to the Portuguese community in the United States. “From his humble beginnings arriving in America in 1948, Mr. Calado’s consciousness of freedom, democracy and opportunity has embodied the collective assimilation of the Portuguese in America,” the statement says.

Manuel Calado has been distinguished with many awards namely the Medal of the Order of Merit awarded by the Portuguese government in recognition for his lifelong achievements.

Installation of the Society’s officers and the Board of Directors will precede the presentation of the award.

The Prince Henry Society of Massachusetts, founded in 1980, is a non-profit organization dedicated to promoting the civic, cultural, economic, educational and social betterment of individuals of Portuguese descent. The society has awarded scholarships to over 475 students of Portuguese descent in an aggregate amount in excess of $644,000 and has honored and recognizing outstanding people in the community with targeted awards, such as Distinguished Service, Brotherhood, Recognition, Portuguese American of the Year, and Person of the Year.