Luanda the most expensive city in the world – Angola 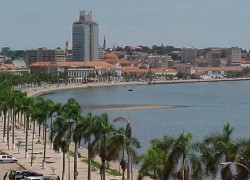 The city of Luanda, the capital of Angola, is the world’s most expensive city, out of 214, for the second year in a raw, according to the 2011 Mercer Cost of Living Survey. Karachi (Pakistan) is the least expensive city.

Tokyo (Japan) is the second most expensive followed by N’Djmena (Chad). Moscow (Russia) follows in fourth place with Geneva (Switzerland) in fifth and Osaka (Japan) in sixth place.

In the Americas, São Paulo (10) and Rio de Janeiro (12) in Brazil are now the most expensive cities in both North and South America.

The survey covers 214 cities across five continents and measures the comparative cost of 200 items in each location, including housing, transport, food , clothing, household goods and entertainment.

All cities in the survey were measures against New York City in US dollars. The cost of housing was an important factor in determining the ranking.

Mercer is a global leader in human resources consulting, outsourcing and investment services. The Mercer’s Cost of Living survey was conducted in March 2011.