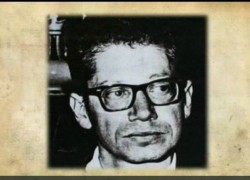 Born in 1925, in the southern Brazilian city of Curitiba, Trevisan is known for his raw literary material, notably his collections of surreal stories often filled with dark humour, namely O Vampiro de Curitiba [The Vampire of Curitiba] published in 1965 and inspired in the daily life of his home town.

The decision was “a radical choice for literature as the art of speech,” said Brazilian writer Silviano Santiago, the head of the jury that awarded the prize.

He praised Trevisan for his “incessant experiments with the Portuguese language” and for his “devotion to literary knowledge without making concessions to the distractions of personal and social life.”

Considered to be the leading short-story writer of contemporary Brazil, Dalton Trevisan is also notable for his life of absolute seclusion. He rarely has been seen in public and allegedly has not been photographed in public for the last four decades.

A look at Dalton Trevisan by  luizandrioli.com (Brazilian Portuguese)