Listed: Two train stations among the most beautiful in the world – Portugal 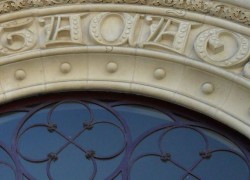 Two Portuguese train stations are listed by Flavorwire Magazine online among the most beautiful in the world.

São Bento Train Station, in the northern Portugal’s city  of Porto, was listed the seventh most beautiful train station, after Gare Du Nord  of Paris, France, and the Grand Central Terminal in New York City.

In August of last year, São Bento Train Station was also listed amongst the 16 most beautiful railway stations in the world by Travel & Leisure magazine.

According to Cottrell, the reason for the listing is the fact that “the train station is back and better than ever.” So, she writes, “we are taking the time to look back at some of the greatest stations still standing.”

Rossio Train Station, located  downtown Lisbon, was commissioned in late nineteenth century by the Portuguese Royal Railway Company and designed, between 1886 and 1887, in the Neo-Manueline style, by Portuguese architect José Luís Monteiro.

Built between 1900 and 1916, São Bento Train Station , located in downtown Porto city, was designed by Portuguese architect José Marques da Silva,  in the style of the French Beaux-Arts architecture. São Bento is famous for its magnificent tile panels comprised of 20,000 pieces. The panels depict scenes illustrating the History of Portugal. Read more >>