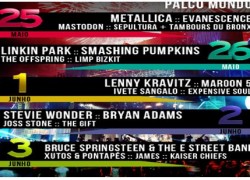 The 11th edition of the international Rock in Rio music festival will be held in Lisbon, Portugal, May 25-26 and June 1-3, at Parque da Bela Vista specially renovated to house the event.

The festival will be streamed live on YouTube, promising to be the biggest music and entertainment event of all time. Millions are expected to watch.

Past Rock in Rio festivals were held in Rio de Janeiro, Lisbon and Madrid. In 2013, the festival will be held in Buenos Aires, Argentina.

The festival has a social component, the “Social Project for a Better World” pact, created to draw people’s attention through music, to many social causes and the environment. So far, Rock in Rio has raised over 5 million-euro for charity and environmental causes. 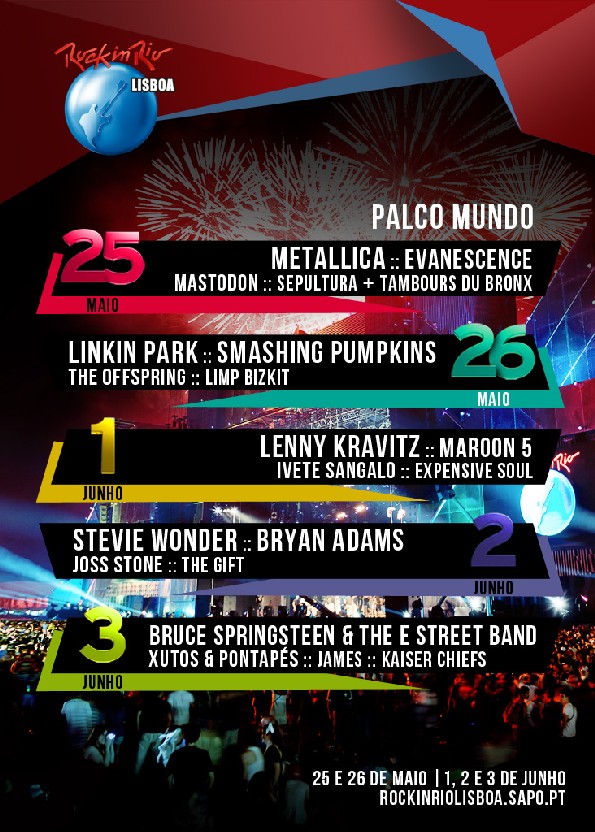