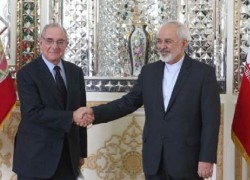 The hopes expressed by Portugal earlier this year of an agreement on nuclear enrichment between Iran and the world’s major powers looks like coming to fruition.

Portugal’s hopes were based on its burgeoning new relationship with the Islamic Republic of Iran that began just a couple of months before last week’s breakthrough deal in Lausanne, Switzerland.

Under an historic framework arrangement with the United Nations Security Council, Iran, still regarded by some as a pariah state, has agreed to limit its nuclear programme.

Critics, most notably Israel, Saudi Arabia and Republicans in the United States Congress, believe the deal shows far too much leniency towards Iran. That is not Portugal’s view.

In essence, Iran has agreed to curtail uranium enrichment in exchange for the phased lifting of international sanctions.

It is clear that Iranian scientists have the engineering capability to enrich their stockpile of uranium to the high level required to make nuclear weapons. The agreement may not change that capability, but it will entice Iran to stick to its stated intention of limiting enrichment to the level needed to generate electricity from nuclear power.

Iran’s nuclear expertise, materials, laboratories and factories developed over the past 15 years remain intact, but the preliminary promise reached last week means they will be subject to regular inspections and monitoring by the International Atomic Energy Agency (IAEA).

The deal so far is only an unwritten preliminary understanding. A formal, comprehensive accord is expected at the end of next month.

It will lead to the lifting of nine years of UN sanctions and isolation that have crippled Iran’s economy. Both the EU and the US have indicated they will start to lift sanctions as soon as the IAEA verifies that Iran is complying with its side of the bargain.

During the last few months of tough diplomacy featuring the United States, China, Russia, Germany, France and the UK, Portugal has been quietly promoting bilateral relations and expanding co-operation with Iran on cultural, scientific, sports and tourism fronts. 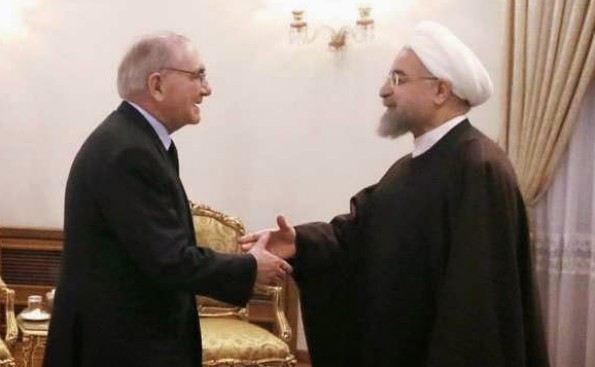 Machete said that all countries, including Iran, were entitled to have access to civilian nuclear technology. In the foreign minister’s words, Portugal “totally encouraged” the intensifying talks aimed at a negotiated solution.

Iranian Culture Minister Ali Jannati said there was “a solid base for expansion of bilateral relations and the two countries can promote their all-out co-operation in the next years.”

A memorandum of understanding was signed under which the University of Lisbon and the University of Tehran will establish educational and research exchange programs for students and professors. Direct flights between Lisbon and Tehran were among the other subjects discussed.

The proposals were all relatively modest but still highly significant as this was the first visit by a Portuguese diplomatic delegation to Iran in 40 years.

Machete commended President Rouhani for all the reforms the Iranian leader had undertaken. “Hassan Rouhani has succeeded in depicting a new image of Iran on the international scene and highlighted Iran’s role in the region by increasing relations and proposing initiatives,” Machete said.

The visit was seen as a turning point in bilateral relations and the highlight was the observation by both Rouhani and Machete that Iran and Portugal could provide a bridge between the Middle East and Europe.

In a loosely related move a month earlier, Portugal’s parliament had passed a motion to join other legislative assemblies in the EU in recognising Palestine as an independent and sovereign state. The motion noted that negotiations between Israelis and Palestinians were essential if security and peace in the region were to be realised.

All this must now be seen in the context of the widening and worsening situation across the Middle East.

The re-election last month of Israeli Prime Minister Benjamin Netanyanhu has done nothing to increase the likelihood of Palestinian statehood or lessen Palestinian-Israeli distrust.

In their bid for greater influence in the region, Iran and its archenemy Saudi Arabia continue to fuel sectarian violence in Iraq, Syria, Jordan and most recently Yemen.

Portugal’s willingness to help link Iran with Europe and the wider world is for now obscured by rampant chaos and bitter confrontation in the Middle East, but it will continue to offer a modicum of hope.