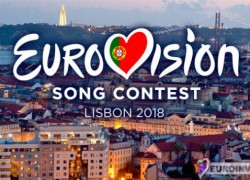 The 2018 Eurovision Song Contest will be held in Lisbon, Portugal, the European Broadcasting Union has confirmed.

The event will be held in Portugal for the first time, in 53 years, after Portuguese vocalist Salvador Sobral won the 2017 contest in Kiev.

According to Rádio Televisão Portuguesa (RTP), the host broadcaster, the grand event will be held in the MEO Arena, Parque das Nações, in the riverside area of Lisbon. The MEO Arena, (20,000 capacity) is the third largest indoor arena in Europe and the largest in Portugal.

Jon Ola Sand, Executive Supervisor of The Eurovision Song Contest remarked, “We are very pleased to announce that RTP will be hosting the 2018 Eurovision Song Contest in Lisbon. Both the City and the venue have presented exemplary proposals, and we look forward to working together to make Portugal’s first ever Eurovision the most exciting one yet. We would like to congratulate RTP on their professional and detailed assessments of all the bids.”

Gonçalo Reis, the CEO of Rádio Televisão Portuguesa (RTP) stated, “Hosting the Eurovision 2018 is a great opportunity for Portugal, Lisbon, the entertainment industry, and RTP. We look forward to organizing an event that will show our creative capabilities”

The semi-finals will be held on May 8 and 10, with the final taking place two days later. The 2018 Eurovision contest selection will consist of 3 shows; 2 semifinals and 1 grand final. The winner will be determined by a public televoting/ jury deliberation.

Meanwhile in Portugal, the  2018 Festival da Canção, the national selection for the Eurovision contest, will be held in March, at the the Pavilhão Multiusos, in the northern city of Guimarães. The exact dates were not confirmed.