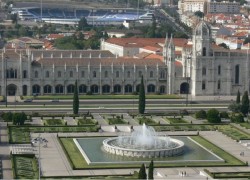 The European Heritage Congress, sponsored by Europa Nostra, will be held in Lisbon, Portugal, May 30 through June 2.

The event, organized in partnership with Lisbon-based Centro Nacional de Cultura, will gather Europa Nostra’s members and representatives from cultural heritage preservation organizations all over Europe.

The event will be co-hosted by Europa Nostra’s President, Plácido Domingo and the European Commissioner responsible for Education, Culture, Multilingualism and Youth, Androulla Vassiliou.

The President of Portugal, Aníbal Cavaco Silva, and José Manuel Barroso, President of the European Commission, are also expected to attend the ceremony as guests of honor. Mrs Irina Bokova, Director-General of UNESCO and Mr Jagland, Secretary General of the Council of Europe were also invited.

The program includes a Forum on Europe’s heritage danger, sponsored by Lisbon-based Gulbenkian Foundation, and the General Assembly of Europa Nostra to be held on June 2, at the National Palace and Monastery at Mafra, under the Presidency of Maestro Plácido Domingo.

The European Heritage Congress will conclude with a four-day post-congress tour to Northern Portugal, including Coimbra, Porto, Braga and Guimarães the 2012 European Capital of Culture .

Established in 1967, Europa Nostra campaigns against the many threats to Europe’s cultural heritage. It has since built a network of more than 400 member and associate organisations from all over Europe. They represent millions of citizens supporting or working for heritage as volunteers and professionals.