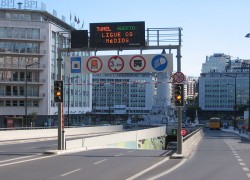 Starting July 4, Lisbon authorities are enforcing a city ordinance which bans vehicles without a catalytic converter from circulating downtown. The ban was approved by the city council on May 18, 2011.

According to the ban, cars that don’t comply with the new regulations will not be allowed to drive between Avenida da Liberdade and Terreiro do Paço.

The goal aims to improving air quality and to reducing traffic in the downtown area. Lisbon authorities hope to reduce pollution emissions by 50%, by progressively extending the measures to the entire city by January 2012. The new measure will affect most cars built before 1992.

According to figures from the Institute for Mobility and Road Transport (IMTT), there are 8,895,386 vehicles registered in Portugal. Of these, 1,071,246 (around 12%) are cars registered before January 1993, most of them without catalytic converters. 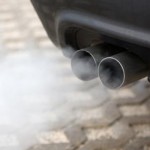 and cars belonging to residents in the restricted areas. Police will enforce the ban by random car stopping.

Campaigns to reduce dependence on cars have been planned for over 1,500 cities in 40 countries and are designed to show alternatives to car use such as public transport and the promotion of car-free zones.