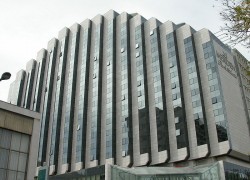 Lisbon is one of the most affordable cities in Western Europe, revealed figures from the Hotel Price Index, compiled from bookings made through Hotels.com, one of the world’s largest booking websites for 130,000 hotels around the world.

The numbers revealed that in 2010 a 5-star hotel room in Lisbon would cost €83,  while in Warsaw, Poland, a comparable room would cost €75.  The data also revealed that Lisbon holds the 54º place as the least costly city among the 56 cities surveyed. Only the capital cities of  Czech Republic and Poland were found to be cheaper.