Lisbon among the best cities in the world to live – Portugal 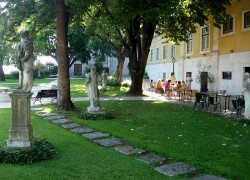 Lisbon occupies the 57th position among 140 cities in the ranking of the world’s best city to live by the Economist Intelligence Unit (EIU).

The rankings include five categories for the evaluation: stability, health care, culture and environment, education and infrastructure.

The Australian city of Melbourne ranked number one on the list, replacing Canadian city of Vancouver as the best city in the world to live. Vancouver was also toppled by Vienna, the capital city of Austria.

For the first time in almost a decade, Vancouver was not at the top of our ranking of 140 cities

Australia had four cities ranked high in the top 10 list, with Melbourne, Sydney, Perth and Adelaide, in the seventh, eighth and ninth positions.

Canada had two additional cities, Toronto and Calgary, ranked in the top 10 list, occupying the fourth and fifth positions.

Harare, in Zimbabwe, was the lowest-scoring city.

The concept of “liveability” is simple: it assesses which locations around the world provide the best or the worst living conditions.