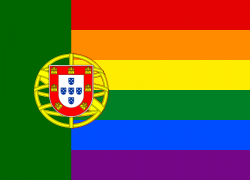 The Portuguese gay community is protesting against the approval by Parliament of a referendum to annul the right of same sex couples to adopt their partners’ children.

The referendum, approved on January 17, passed with a narrow majority from the center-right government coalition of Prime Minister Pedro Passos Coelho.

Currently in Portugal same sex married couples have the same rights as married heterosexual couples including taxation, inheritance and housing and the right to adopt their partner’s biological or adopted children.

In reaction to the measure, the Portuguese gay and transgender associations are submitting an appeal to the Constitutional Court. They have also announced that they will take their protest to the European Court of Human Rights on the grounds that it infringes on their individual rights.

The Parliament’s decision to issue a referendum to reverse the current adoption laws was sent to the Constitutional Court and will be assessed by Portuguese President Aníbal Cavaco Silva.

In 2010, the Portuguese Parliament had approved equal rights for same-sex marriages, excluding adoption rights. In 2013, Parliament approved a law allowing gay couples to adopt their partners’ biological or adopted children with votes from the center-left opposition parties.

Portugal is among the first 10 counties in the world to allow same-sex marriages. As recently as 1982 homosexuality was still considered a crime in Portugal.