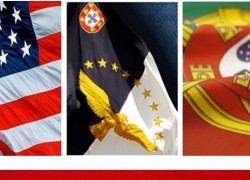 U.S. Secretary of Defense, Leon Panetta, expressed the U.S. “total commitment” to minimize the consequences for the island of Terceira following the reduction of its military presence in the Lajes Air Field in the Azores. The U.S. will also delay a planned troop reduction from Lajes Field. The end date for downsizing is now being pushed to October 2014.

Speaking Tuesday in joint press conference in Portugal, with Portuguese Minister of Defense José Pedro Aguiar-Branco, Panetta said that for each U.S. personnel hired at the Lajes Air Field, three Portuguese workers would be employed.

Panetta also said that a delegation of U.S. entrepreneurs would visit Lajes Air Field, in February, to assess the situation and determine what can be done to minimize the negative impact on the local economy.

“The American military will continue to have links with Lajes, it is a very important base for us and will remain a vital part of our global network (…) we will do everything we can that the economic impact of the reduction is as minor as possible, ” he said.

The Lajes Air Field, the second largest employer on the island, employs about 700 tenured Portuguese workers and nearly 90 short-term workers.  U.S. civilian and local national positions will be reduced during fiscal 2014.

Panetta is on a two day visit to Portugal to discuss the future of Lajes Air Field, on Terceira, Azores. He is also scheduled to visit Madrid, Rome and London during his weeklong trip to Europe.

The cutbacks are part of a global U.S. Department of Defense belt-tightening policy due to budget constraints, as part of a wider $500 USD billion reduction in U.S. military spending. The move will save the U.S. Air Force an estimated $35 million a year.