Lecturer at Department of Spanish and Portuguese takes own life – Princeton 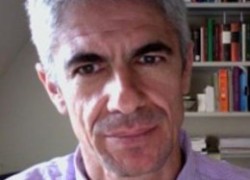 Antonio Calvo, senior lecturer at the Department of Spanish and Portuguese Languages and Cultures at Princeton University, took his own life on Tuesday, April 12, in New York City.

According to The Daily Princetonian, the campus newspaper, the University has not released further details regarding his death alleging that as a policy, the institution “does not discuss matters of personnel.”

Yet, according to the source, some of Calvo’s colleagues and friends disclosed that he had learned recently that Princeton would not renew his contract “which meant that he could be deported after more than a decade in the United States, as the University would no longer be sponsoring his visa.”

Philip Rothaus, identified as a Spanish and Portuguese concentrator and as a “good friend of Antonio Calvo,” is on record saying that department staffers and members have been forbidden from speaking about the incident. The Daily Princetonian quoted him as having stated, “Antonio’s dear friends, his colleagues in the Spanish and Portuguese Department, have been forbidden from speaking about this to anyone.”

His death was caused by “multiple incised wounds of the neck and left upper extremities” of his arm  said a source from the  New York City Medical Examiner’s office which ruled Calvo’s death a suicide.

A Facebook page on the topic of Antonio Calvo’s death was started last Monday by Marco Aponte with the participation of several University staffers and students as members — refers the campus newspaper.  Aponte started a Facebook group called “Justice for Antonio Calvo.”  The group had over 100 followers by Monday evening.

A remembrance event was scheduled for Wednesday hosted by the Office of the Dean of Religious Life at Princeton University.