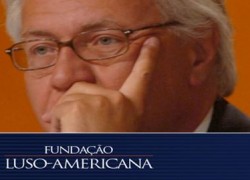 Vasco Rato, executive president of the Luso-American Development Foundation (FLAD), will deliver a lecture titled ‘Austerity Policies and Politics: The EU and the US Rumble’ on February 27, at 5:30 pm, in Grand Reading Room of the Claire T. Carney Library at the University of Massachusetts Dartmouth.

A former professor of Political Science and International Relations, Vasco Rato was appointed by the Prime Minister of Portugal, Pedro Passos Coelho, in January 2014 to serve as president of Luso-American Development Foundation (FLAD). A member of the Scientific Council of the Portuguese Institute of International Relations at Nova University Lisbon (IPRI), he is a widely published scholar and media commentator in the areas of foreign policy, transatlantic relations and European security.  He has also worked as an international development business consultant and was a Resident Research Scholar at the National Defense Institute in Portugal.

Vasco Rato holds a PhD in Government from Georgetown University where he served as a visiting Professor between 2007-2009. His thesis focused on the role of the military in Portuguese democracy. Based in Lisbon, Portugal, the Luso-American Development Foundation (FLAD) is a grantmaking organization dedicated to funding initiatives to promote scientific and cultural exchanges between Portugal and the United States.