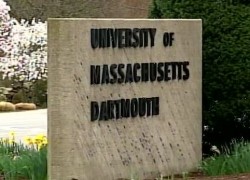 Professor Vieira will address the Amazon as the repository of myriad stories created as a means to make sense of the unimaginable proliferation of life and sheer excess of vegetation in the jungle. Questions such as “How can we translate the tales of the Amazon?” and ” How are we to hear its phytofabulae?”  will be addressed.

The event, free and open to the public, is co-sponsored by the UMass Dartmouth PhD Program in Portuguese (2014-2015 Lecture Series), UMass Dartmouth’s College of Arts and Sciences, Department of Portuguese, the Ferreira-Mendes Portuguese-American Archives, and the Center for Portuguese Studies and Culture.

Patrícia Vieira is Associate Professor of Spanish & Portuguese, Comparative Literature, and Film & Media Studies, as well as Director of the Comparative Literature Program at Georgetown University. She is the author of Seeing Politics Otherwise: Vision in Latin American and Iberian Fiction, Portuguese Film 1930-1960. The Staging of the New State Regime and co-editor of Existential Utopia: New Perspectives on Utopian Thought and of Imagens Achadas: Documentário, Política e Processos Sociais em Portugal. She has published numerous academic articles, as well as op-eds in The New York Times, Aljazeera Online, Público and Folha de São Paulo.