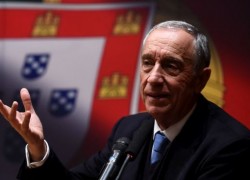 The new president elect of Portugal, Marcelo Rebelo de Sousa, has stated that he is open to revise the Portuguese Language Orthographic Agreement of 1990.

The main purpose of the agreement was to create a unified orthography for the Portuguese language in the countries where Portuguese is the official language, most notably the variants between Brazil and Portugal.

The signatories were the member states of the Community of Portuguese-Speaking Countries (CPLP) which included Angola, Brazil, Cape Verde, Guinea-Bissau, Mozambique, Portugal, and São Tomé and Príncipe.

The agreement undersigned in Lisbon, on December 16, 1990, and implemented in 2008, has been met with controversy and resistance in the countries involved.

Of the signatories, while Brazil, Portugal, São Tome and Príncipe and Cape Verde have ratified the accord, Angola and Mozambique have declined to endorse the agreement.

In Portugal, as recently as May 11, the National Association of Portuguese Teachers and several members of the Citizens Against the Orthographic Accord, a group demanding a national referendum on the mater, have appealed for the Portuguese courts to annul the agreement.

They argue that changes are a capitulation to Brazilian Portuguese, while proponents counter the move will make the language more uniform globally.

In 1990, as a private citizen, President Rebelo de Sousa had signed a manifest, along with 400 other Portuguese personalities, against the controversial orthographic accord. Rebelo de Sousa was sworn president on March 9.

Portuguese is the fifth most spoken language in the world. An estimated 280 million people speak Portuguese worldwide, of which 202 million are in Brazil, 24.7 million in Angola, 24.6 million in Mozambique and 10.8 million in Portugal.