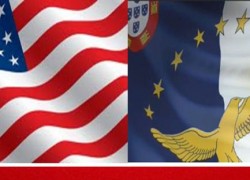 Starting Saturday, February 2, a U.S. delegation will be visiting Lisbon and Terceira island to look into future business opportunities, following the recent U.S. Air Force decision to downsize its military presence on the island.

In a statement to Lusa, the U.S. Embassy in Lisbon said that, a delegation from the group Business Executives for National Security (BENS), will spend two days in Lisbon and four days in the Lajes Air Field, on Terceira.

Established in 1982, with headquarters in Washington, D.C,, BENS is a non-profit group “which supports the U.S. Government by applying pro bono, best business practice solutions to its most difficult national security problems.”

The U.S. Embassy stressed that “the results will not be immediate” but said it remained “committed to working with the government and the local community to mitigate the impact” on the local economy.

Lajes Air Field, the second largest employer on the island, employs about 700 tenured Portuguese workers and nearly 90 short-term workers. U.S. civilian and local national positions will be reduced during fiscal 2014.

Earlier this month, U.S. Defense Secretary Leon Panetta announced in Lisbon that a delegation of U.S. entrepreneurs would visit Lajes Air Field, in February, to assess the situation and determine what can be done to minimize the negative impact of the U.S. downsizing on the local economy. He also said that for each U.S. personnel hired at the Lajes Air Field, three Portuguese workers would be employed.

The U.S. delegation visiting the Lajes Air Field will meet with members of the Regional Government, local civil administrators and entrepreneurs in the areas of energy, agriculture, biotechnology, marine, climate and environmental sciences.