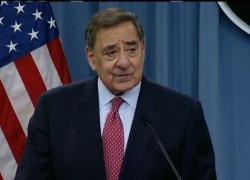 The U.S. Secretary of Defense, Leon Panetta, will visit Portugal next week to discuss the future of Lajes Air Field, on Terceira, Azores, according to Portuguese Defense Minister Jose Pedro Aguiar-Branco. Panetta is scheduled to visit Lisbon, Madrid, Rome and London during the weeklong trip.

“The U.S. Secretary of State Panetta will be in Lisbon Monday and Tuesday for meetings,” said Aguiar-Branco to reporters during a visit to Ponta Delgada, Azores, this week.

While in Lisbon, the U.S. Secretary of Defense will be at the Ministry of National Defense for consultations and will meet privately with Portuguese Foreign Minister Paulo Portas.

According to official sources, the topic of discussion will be the U.S. Department of Defense decision to reduce the U.S. military presence in the Lajes Air Field, on Terceira Island.

The Lajes Air Field, the second largest employer on the island, employs about 700 tenured Portuguese workers and nearly 90 short-term workers. U.S. civilian and local national positions will be reduced during fiscal 2014.

The cutbacks are part of a global U.S. Department of Defense belt-tightening policy due to budget constraints, as part of a wider $500 USD billion reduction in U.S. military spending. The move will save the U.S. Air Force an estimated $35 million a year.