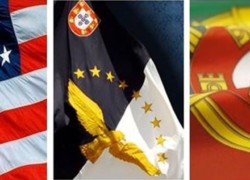 The President of the Government of the Azores, Vasco Cordeiro, participates in the 41st Permanent Bilateral Commission meeting, in Washington, scheduled for Wednesday, September 11, the office of the president announced.

The meeting is promoted under the Cooperation and Defense Agreement between Portugal and the United States.

The agenda for the meeting addresses matters relating to the Lajes Air Base, on Terceira island, namely environmental, labor and infrastructure issues.

In addition, bilateral other issues relating to the cooperation between the United States and the Azores will also be addressed under the Cooperation and Defense Agreement between the two countries.

Starting in 2012, this is the 10th Permanent Bilateral Commission meeting attended by the President of the Government of the Azores, since the United States announced the reduction of its military and civilian contingent on Terceira island.

The previous meeting of the Permanent Bilateral Commission, established under the Cooperation and Defense Agreement, took place in Lisbon in December 2018.

The Permanent Bilateral Commission is a body established by the Agreement on Cooperation and Defense between Portugal and the United States in 1995, with the goal to promoting mutual cooperation between the two countries.