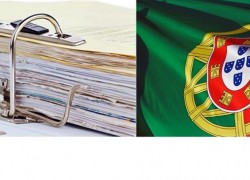 Last week, Portugal underwent a wave of anti-austerity protest marches throughout the country. Marching under the slogan, “Screw the troika! We want our lives,” an estimated 1 million protesters came out against cuts in salaries, pensions and a recent announcement to put workers’ social security contributions up from 11% to 18%.

Workers have accused the government of taking money out of their pockets and giving it to employers by proposing cutting companies’ welfare contributions to 18 percent from 23.75 percent.

Also last week, Portugal’s largest trade union federations, CGTP and UGT, convened to consider calling a general strike and other protest actions against the austerity measures announced by the government early in the month.

These measures are needed after the government was forced to back-track on an intended 7% hike in workers’ social security contributions that was met with huge protest rallies across the country and dissidence within the coalition government.

Asked whether VAT would also go up or see changes to the different brackets, Passos Coelho said there were no such plans at the moment.

Portugal’s unemployment is at a record 15.7 percent. The nation’s economy will contract 3 percent this year and 1 percent in 2013.