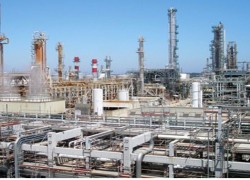 Workers at the Portuguese oil refineries in Sines and Matosinhos went out on strike Monday.  About 90% of workers had joined the protests expected to last for the next three days.

The protests are against “unacceptable” changes to collective bargaining agreements which include a pay rise for workers of “just” 1%, while the company made a profit of Euro200 million in the first half of the year, and management salaries went up more than 30%.

Union leader Armando Farias said the strike would seriously affect the refineries and acknowledged that fuel supplies may run out soon.

Beginning Monday, the country’s ports have also been at a standstill due to a strike by bar pilots. Early Monday, operations had stopped in all at ports of mainland Portugal and the autonomous regions of Madeira and the Azores. The protests are expected to last for five weeks.

Port stevedores are also to walk out in protest Wednesday, then the Friday, and Monday of next week. Port workers are protesting against an agreement signed by the government and several sector associations and unions that they do not support and demand greater safety while their numbers have been reduced.

This past weekend, Portugal underwent a wave of anti-austerity protest marches all over the country. Marching under the slogan “Screw the troika! We want our lives”, an estimated 1 million protestors across the country came out against cuts in salaries, pensions and a recent announcement to put workers’ social security contributions up from 11% to 18%.

Last week, Portugal’s largest trade union federations, CGTP and UGT,  were debating calling a general strike and other protest actions against the austerity measures announced by the government two weeks ago.