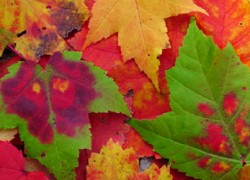 For Amy Sayre Baptista, one of the readers, “KSFS brings together geographically diverse Portuguese-Americans writers telling stories about who they are and not what they are. The questions may have started at ‘Where You’re From,’ but the art that answers is an entirely new landscape, and I am most honored to get to live in that space each time we gather together and make it a new.”

In 2012, the KSFS reading premiered at the Chicago Cultural Center in downtown Chicago as an offsite event during the Associated Writing Programs and Writers annual conference. A lively, diverse audience of 100 came out to hear nationally-known Portuguese-American writers read poems, stories and memoirs about family, food and Portuguese culture.  The event was also live-streamed online to 500 viewers around the world. This was the first poetry group reading event featuring Portuguese-American writers.

The group has also been featured at roundtable readings in Lisbon (Neither Here nor There conference), the American Portuguese Studies Association conference at the University of Iowa, Cal. State Stanislaus, Austin Poetry Festival, and The Pages of Ferry Street readings in Newark, New Jersey.

Celebrating the Gávea-Brown Anthology and Kale Soup for the Soul