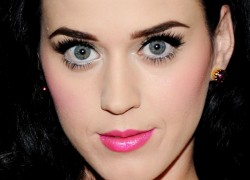 Portuguese American entertainer Katy Perry was honored as favorite female artist, at Wednesday’s 38th annual People’s Choice Awards, in five categories for tour headliner and for song of the year for “ET” with Kanye West, music video for “Last Friday Night” and TV guest star for “How I Met Your Mother.”

Perry, whose 14-month marriage to Russell Brand ended last month, did not appear to collect her honors. In a Twitter message earlier in the week, Perry told her fans she wouldn’t attend the event. She said, “I want to thank u all for voting for me, fingers crossed!”

Last year in August, Katy Perry was the biggest winner at the 2011 MTV Video Music Awards with Video of the Year for “Firework”, Best Collaboration, and Best Special Effects.

In early August, Katy Perry had become the second artist in the history of Billboards’ Pop Songs chart to take five tracks from a single album to “Number One” with her single hit “Last Friday Night” from her last album “Teenage Dream.”

The 26-year-old singer and songwriter, who has acknowledged her Portuguese heritage, was born in Santa Barbara, California, from parents of German, English and Portuguese descent, more specifically “Azorean” with roots in Horta, Faial island.

Interview: Katy Perry in Portugal talking about her Portuguese roots